On Sunday evening, US Open Champion Jordanne Whiley will grace the stage at the BBC's annual Sports Personality of the Year Award, when she presents the "Unsung Hero" award, alongside Eddie Izzard.

Should Jordanne however have been nominated for the SPOTY shortlist? David Fearnhead makes the case for inclusion,in his article which first appeared in The Huffington Post. 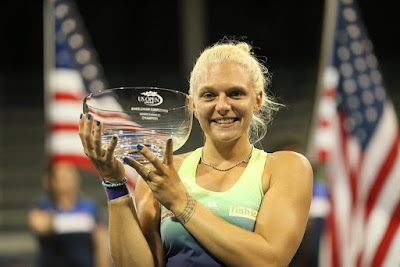 ﻿
There is a glaring omission from the BBC Sports Personality shortlist this year. A tennis champion has been overlooked. Though we are told that being a champion is not a sole condition of a nomination.

Lucy Bronze is on the list. The first female footballer ever to be there. I've interviewed Lucy and she's as impressive and articulate sportswomen as you're likely to meet. Following her nomination she posted the following on her official Facebook page:

Not going to lie I was very much bewildered and humbled by my nomination for this years SPOTY awards! I haven't won a gold medal, I don't have a trophy and I'm not number 1 or even the captain of my team. So I actually looked up the meaning of the award, and it made a bit more sense;... "whose actions have most captured the public's imagination."

There is no doubt that England's Lionesses captured the public's imagination, even if Bronze herself is a little bewildered as to why she should be singled out from what was a team effort. The same is true for cyclist Chris Froome. The Tour de France is a team effort, sure one man gets to wear the yellow jersey but that is down to the sacrificial effort of his teammates who ensure he remains on top.
For a time cycling seemed to have a strange monopoly on the trophy, and there are two in this years contest along with a rugby league player, a swimmer, a gymnast and yes a boxer. Tyson Fury has received more coverage for his views on homosexuality than he has for becoming World Champion. Controversy is now more rewarding of column inches than sporting achievement. Fellow nominee Greg Rutherford even thought to scrub his own name from the list in disgust.
Rutherford has been dubbed the forgotten man of athletics, his gold in London was eclipsed in the media by those of Jessica Ennis and Mo Farah on what was dubbed Super Saturday. Yet even athletics in the Olympic year of 2012 could not secure the SPOTY title which again went to a cyclist.
Then there is Lewis Hamilton, who had the best car and was better in qualifying than his German teammate therefore assuring him the title. Indeed for the entire F1 season only one race, Hungary, was won by a driver not qualifying on the front row of the grid (positions 1 and 2). And even then it was won by the driver who'd qualified third.
The racing has gone out of F1, which is now little more than a high-speed procession interspersed by a few pitstops. It's hardly inspiring stuff. You can't blame Hamilton, he can only race in the era he was born in, but until F1 becomes more competitive we'll never see what Hamilton is truly capable of. Nevertheless, Hamilton's fans are internet savvy and will probably ensure a second title in succession for their man.
In Andy Murray we have the opposite. British tennis is not a world force by any stretch of the imagination and yet Murray lifted the entire nation to become Davis Cup champions. They say no one man wins a team event, but Murray surely tested that theory to the limit. He put country before Grand Slam single success and the result was Britain became World Champions. Murray deserves the crown, but he is not the tennis champion that has been overlooked.
That would be Jordanne Whiley.
A year on from a Grand Slam doubles clean sweep, the wheelchair tennis player became singles US Open Champion. The very title that saw Andy Murray voted sports personality of the year in 2013, yet this year it's not deemed good enough to even warrant her name on the shortlist.
I know I'm not first to say it, and certainly I'm amongst the many to think it, but the fact that Whiley was not even shortlisted for BBC Sports Personality Of The Year makes a mockery of a competition which is meant to celebrate British Sportsmen and Women who inspire.
I don't agree with nominating someone just to show representation for disability sports, I believe every nomination should be there on merit. And on merit, Whiley deserves to be shortlisted at the very least.
This article first appeared in the Huffington Post on 16 December, the original piece can be found here; 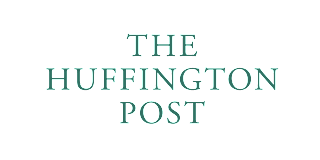