British judo champion Kelly Edwards, 24, from Telford, is recovering from the devastating news that, due to several concussion injuries sustained during competition in 2015/16, her hopes of qualifying for the Rio 2016 Olympics are over.

Having already won a Commonwealth Games Silver medal, in the -52kg category, Kelly was set to be an exciting prospect for a medal in Rio, however she landed on her head during the Mongolian Grand Prix in July 2015 and has since suffered repetitive symptoms from the injury.

Kelly explained “I landed badly on my head in Mongolia, and had a headache afterwards that wouldn’t go, but I just put it down to jet lag as I had been travelling and competing so much to gain the vital competition points to qualify for Rio. However, I saw the team physio who told me I had all the symptoms of concussion and we agreed I should take two weeks off to rest and recover.” 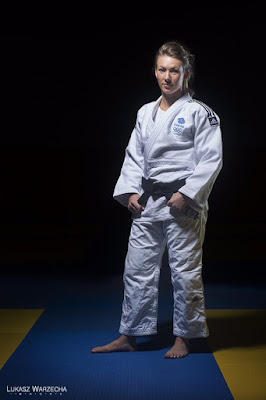 Returning to competition at the end of August 2015 for the World Championships, Kelly was symptom free and was believed to have fully recovered. After a bad landing during a fight at the Uzbekistan Grand Prix in October, Kelly then suffered more symptoms. Being a competitive and determined athlete, who was desperate to represent her country at the Rio Olympics, and thinking the symptoms would pass, Kelly still went to compete in Portugal just a week later, saying “I knew that if I fought in Portugal I had a big chance of a medal and gaining more Rio qualification points. At that time I just didn’t realise how serious my concussion was.”

Returning from Portugal, Kelly took two months off competition, during which time she saw a Neurologist and had scans to determine the extent of any injury and to ensure there was no underlying issue, before returning to training again just before Christmas without any problems occurring.

The first international competition of 2016 was held in Cuba during January, where Kelly fought well without any sign of the concussion. However, two weeks later at the Paris Grand Slam, Kelly suffered another blow to her head and all the symptoms returned and it is following this, the decision has been made that in order to fully recover from the head injury, Kelly must take six months away from competition.

Kelly gave her reaction to this decision “when I was given the advice of the medical team I was devastated as it meant my Rio Olympic dream was over. However, I’ve read a number of articles about concussion and the long term effects since I was first diagnosed and I now understand that I do need this time to heal.” Adding “I have to accept that as an athlete, I will get injuries and this is just another injury and whilst I would have loved to represent my country in Rio, I shall come back stronger and better after a six-month block of good training and I am excited about the long term future and will be focused on the 2017 World Championships in Budapest.”