Julie (16) a pupil at Bedford Modern School, represented Team GB in the London 2012 Paralympics when she was just 13, as a member of the sitting volleyball team. Julie was born without the tibia and fibula in her right leg and at the age of 2 had her leg amputated through the knee. Then followed a further amputation when Julie was 5 so that she could be fitted with a more advanced prosthesis. Having competed at London 2012, Julie is now taking on a new challenge in the world of athletics, as a T42 sprinter. After just one season in athletics Julie is already ranked Number 4 in the world at 100m. She is now training hard with her coach Allen Adamson at Bedford International Stadium and studying hard for her GCSE’s before the 2015 season begins. In 2015 Julie will be looking to qualify for the Senior World Championships in Qatar this November and put herself in the selectors thoughts for the Paralympics in Rio 2016. 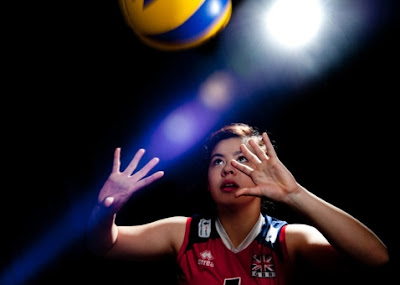 Julie said “I have set myself a goal to be the very best which, to me, means World and Paralympic Champion. In order to do that I understand not only the hard work I must put in, but also the need to have the best team around me.” She added “I’m really excited to be working with the team at 17, whose passion for sport equals my own and I know from speaking to them, they really want to help me achieve my ambitions”. 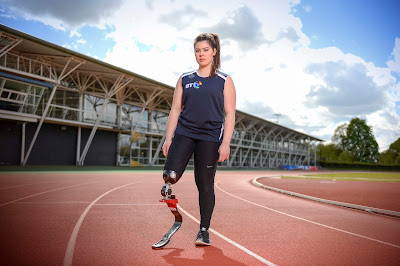 Hannah Cockroft MBE launched 17 Sports Management Limited in October 2014 having had many unpleasant experiences working with agents and managers; 17 will focus on the management of both established and developing talent across all sports. "There are some good management companies out there, but there are also many that are not so reputable" said Hannah. "I want to be able to help fellow sports people avoid the pitfalls and traps that I fell in to. I want them to benefit from my unfortunate experiences and succeed in what they love doing, competing. I am delighted to welcome Julie to our team”.