Woking swimmer Hannah Russell set a new World Record whilst competing in the British Para Swimming International Meet in Glasgow at the weekend. Hannah, swimming in the S12 100m Backstroke Final, broke her own World record by 1.5 seconds as she touched in 1:06.15. "I was really happy and I'm a bit shocked, I was really pleased that everything came together" said Hannah. "Working with my coach Rob Greenwood at the National Performance Centre in Manchester we've managed to nail it in the final when it mattered most. It's been all about perfecting the little things in that race. I know that I have the speed but it's about getting it all right" Hannah added.

The 100m Backstroke World Record was the icing on the cake for Hannah, who won four medals at the meet, including gold in the 400m Freestyle, she also set a new British record in the 100m Freestyle. National Performance Director Chris Furber described Hannah's performances as "exceptional". 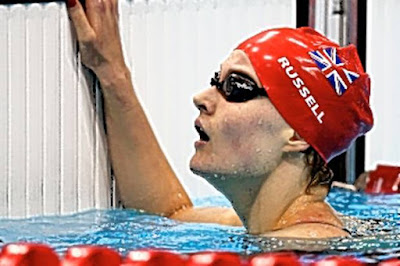 The meet held at Tolcross, which last year staged the Commonwealth Games, were the trials for the IPC World Championships which will be staged at the same venue in July.

"To achieve the World Championships qualification standard was fantastic, to go to my second World Championships is very special" said Hannah, "it's now time for a week off and then a return to training to ensure that I am in the best shape possible come the Worlds in July".
www.hannahrussellgb.com