Heartache for Kelly Edwards in Astana

Kelly Edwards of Team GB lost in her Preliminary Round fight in the International Judo Federation World Championships in Astana, Kazakhstan today.

In a very close fight against Odette Giuffrida of Italy, Kelly had a single Shido awarded against her during the bout for a minor rules infringement. This was to prove very costly, as despite dominating the fight, the bout ended scoreless after 4 minutes. The rules of judo state that if there is a tie, then and only then, will the number of shidos be used to determine the winner, on this basis Kelly was eliminated from the competition.

"I'm gutted to have lost it how I did" said Kelly "I have been working very hard in training and I'm pleased to see the improvements", adding "I felt like my composure and scoring attacks were way better. I haven't watched my fight back yet, but I feel that it might well be my best performance at this level, so there are a lot of good things to take away". 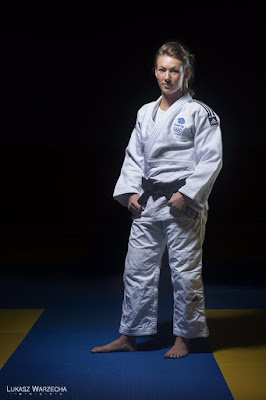 As it happened, Odette Giuffrida progressed throughout the competition to end up fighting for the bronze. "I know I am able to compete at this level and know that I can be doing the same" Kelly added.

"I would like to thank my coaches, the whole team at British Judo and 17 Sports Management for their support. Also my sponsors Schneider Electric, Aga Rangemaster, SIMGear and the National Lottery. Without all of them, I would not be where I am now and with their continued support I know that I can challenge at the Rio Olympic Games next year"

Having missed out on the opportunity to gain ranking points, which are vital for qualification for the Olympics, it is important that Kelly continues to compete at the highest level, which will involve her entering more international competitions. "Despite the wonderful support of my sponsors, every competition that I enter costs me financially. I know that I have a lot to offer a potential sponsor and if there are any companies out there who would like to partner with me to help me with some funding, I'd love to hear from them" said Kelly.