Paracanoe athlete Rob Oliver has moved a step closer to a place on the Team GB squad heading to Rio next year by winning a Silver medal in 39.739 seconds, at the International Canoe Federation World Championships in Milan. Rob’s silver medal has ensured Team GB will have a place in the Men’s’ KL3 200m Sprint event for the Rio 2016 Paralympic Games. 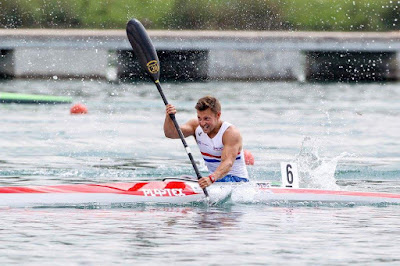 Single leg amputee Rob, from Hollywood, Birmingham, is the British No.1 in his 200m kayak sprint category and became European Champion in May.

The World Championship Silver medal winner said “I came here with three goals; win a medal, finish in under 40 seconds and to get a Paralympic quota place for Team GB in the KL3 200m. All these goals were achieved and I am so happy!” 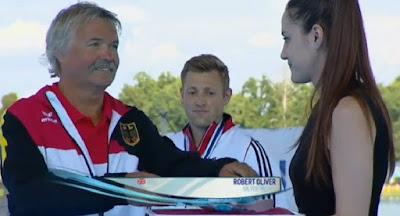 Paracanoe is a new sport being introduced to the Paralympics in Rio 2016 and the popularity is rapidly growing in the UK. A new boat is on the list of Rob’s requirements before Rio, however as he has to fund this himself, being a full time athlete who trains 6 days per week, Rob therefore has to rely on sponsorship and commercial opportunities to be able to fund his equipment and is hoping a new sponsor will come forward soon to enable him to continue towards his dream of representing the country in Rio and bringing home a gold medal for Team GB.