Jordanne Whiley receives her MBE from The Princess Royal

Wheelchair tennis star Jordanne Whiley has today received her MBE from Princess Anne, The Princess Royal, in an investiture ceremony at Buckingham Palace.
"It was an amazing experience to share the day with my family" said Jordanne, "It is a great honour to receive my MBE from the Princess Royal, it's a memory that I will cherish forever". 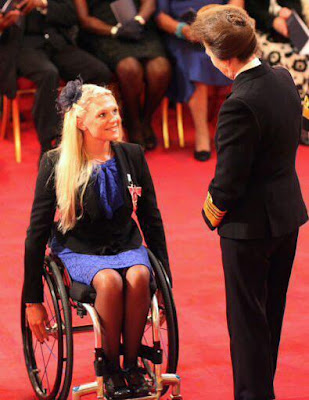 Jordanne admitted that when she first received the letter informing her of her nomination; "It's amazing, I didn't expect it at all, I Just couldn't believe it, I thought it was a mistake". "I read the letter five or six times before it started to sink in". 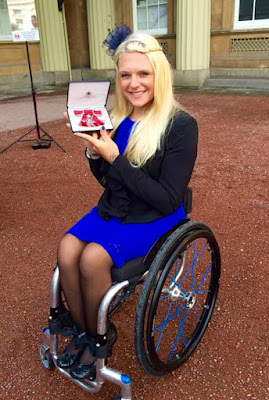 It's been quite a year for Jordanne, retaining her doubles titles at the Australian Open and Wimbledon with her partner Yui Kamiji and going to Number One in the World Doubles rankings. Then followed the biggest success of her career to date, in September, when she won the US Open Singles title in New York.
Jordanne still has two more major tournaments this year, the world Masters Doubles in Los Angeles and the NEC Singles Masters in London.
Who knows what 2016 will hold?
You can follow Jordanne on Twitter; @jordannejoyce92 and visit her website www.jordannewhiley.com
#MBE #BuckinghamPalace #Tennis #GrandSlam #AustralianOpen #Wimbledon #USOpen