Tom Bosworth talks to the BBC

Race walker Tom Bosworth competed for Great Britain at the World Athletics Championships, is set to feature at the Rio Olympics and is the first athlete on the team to come out as gay.

Coming out is no surprise to my friends, family and even team-mates, even Mo Farah who didn't bat an eyelid when I told him I was gay. I got to know him and others on the Great Britain endurance team prior to the World Athletics Championships in August after we spent a few weeks on a pre-training camp in Japan. 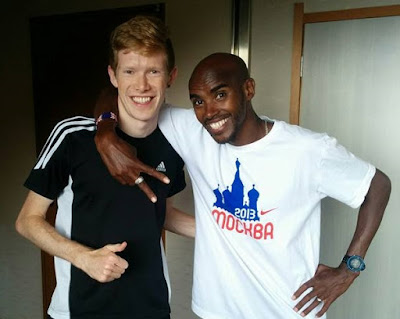 It was a great chance to talk about it in a relaxed environment and everyone was very supportive of me being the first openly gay athlete on the GB team.

But there were some interesting questions when I told them about my circumstances. My team-mates asked whether I had a partner and how old I was when I came out. They were intrigued by my sexuality and asked me whether I got any stick for being openly homosexual.

The truth is that I used to. When I was competing in local athletics a number of years ago, some other athletes called me 'fag' or 'queer'.

And when I was at school, when those feelings were still developing, I had my head smashed through a window by a group of boys. Thankfully, that's all in the past now.

Whilst my current team-mates were interested to talk about my sexuality, they soon realised there was nothing to be concerned about and all was perfectly normal. It was great that everyone could be themselves as the pressure built in camp before a major championships.

It shows you that if someone of Mo's stature can be supportive then there should be no issues from others. I wish that all athletes from my past had been as positive as Mo. 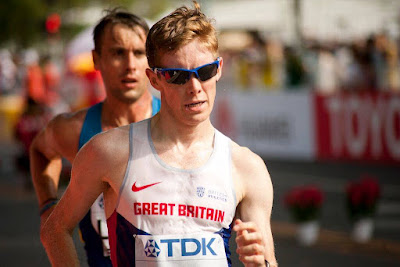 About four or five years ago, some former athletes in local athletics would verbally abuse me. It was pretty nasty, and made worse by the fact they found it funny. Thankfully, they were in the minority.

In the end, I just ignored them. I realised they had no positive part to play in my life and fortunately I had enough people around me who I could rely on for support.

Sometimes, you have to be a bit thick-skinned about it all and I learned that lesson, sometimes literally, in school.

When I was 15 or 16, I thought I was gay and somehow word got around in school, leading to a really difficult period in my life. Teenagers can be really nasty and half the time they don't even realise what they're saying. It's just ignorance, I guess.

A group of lads used to gang up on me and the worst episode came when they smashed my head through a window after a run-in. I decided not to tell anyone about it, so my parents or teachers didn't know. I guess I was more worried about people blaming me than the students but I had the support of my friends to get me through that tough time.

It was a decade ago, so I'd like to think that things have moved on a lot since then, even in schools, and that kids are more tolerant these days.

That experience taught me to ignore lone voices. I know there will always be people who have a problem with my sexuality, but one person's opinion doesn't affect me now, as I have support from my parents and partner.

I'm not even sure I can change the opinions of those boys. All I want to do is give a positive message that you can succeed in sport whatever your background. Be it gay, straight, black, white, religious or non-religious - there are no barriers.
Courtesy of the BBC.
Follow Tom on Twitter  @TomBosworth
www.tombosworth.com
Posted by Unknown at 09:30