"We are delighted to welcome Richard to #Team17 and are excited to be working with him" said 17 Sports Management Director Ian Byers. "Richard has a very special talent and we will work closely with him and his coaching team to manage his career, maintaining the correct balance at all times between his training, competition, commercial and media activities." "Richard transcends disability sport, he is the complete package; talented, hard working, with character and personality. He can run fast, very fast and there is no doubt in my mind that he will be one of the greatest athletes of all time" he added. 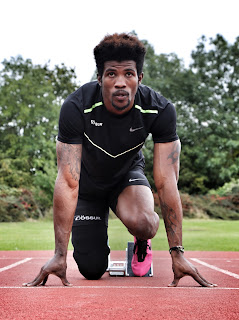 T44, below the knee amputee sprinter Richard, known throughout the athletic world as "Winged Foot", took up running in 2011, after his leg was amputated in 2010 as a result of an accident back in 2007. He won a silver medal over 100m at the London 2012 Paralympics, a feat he repeated at the 2013 World Championships. The current world record holder over 60 and 200m, the 100m record is "just out on loan" says Richard, who recently saw compatriot Jarryd Wallace break the record.


Richard's pursuit to be the very best has seen him recently leave his young family behind in the United States and base himself in the UK ahead of Rio and the 2017 World Championships in London. "Disappointingly para athletics in the States is still very small, although the USOC and NBC are working hard to change that. In the UK and Europe, the profile of the sport is much higher and the coaches have more experience in working with amputee athletes" said Richard. "It was a terrible wrench to leave my family behind in the States and live abroad, but it is a sacrifice that I am prepared to make to be able to achieve my dreams". 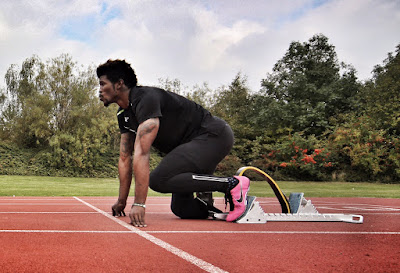 Next up on track for Richard is the IPC World Championships in Doha, Qatar, between 22 and 31 October, where he will compete for three World titles, over 100m, 200m and in the US team in the 4 x 100m relay. Following which his attention will be focused on the Rio Paralympic Games in 2016.


Before Rio however, Richard hopes to compete in more Diamond League meetings and in races against able bodied competitors, saying "Oscar Pistorious was really the first athlete to cross over into able bodied races and he got a lot of recognition for that but unfortunately his personal situation has since overshadowed everything". "I enjoy the challenge of testing myself against able bodied sprinters, I want to be regarded as a great athlete and certainly don't want to be treated as a curiosity".


Away from the track, Richard has set up his own foundation; Never Stop Inc. The aim of the foundation being to help specifically newly disabled people to get back to being active. Richard also campaigns to promote Breast Cancer Awareness and he will be dying his hair pink in Doha to honour his grandmother who died from the disease. 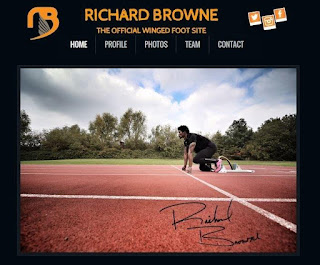 Richard and his team at 17 Management have also been working on  a new personal website which is coming soon; www.richardbrowneofficial.com

Despite Richard's success, high level of profile and colourful personality, other than Ossur who supply his prosthesis, he currently has no other sponsors. "I was very surprised to learn that Richard is currently only supported by Ossur" said Ian Byers. "It is obvious that Richard can offer significant exposure and add value to any potential commercial partners. I would urge any companies interested in working with him to get in touch". Ian can be contacted, by Email; ian@17management.com or telephone +44 (0)1920 831147.

17 Sports Management, based in Hertford, UK, represent the interests of a number of disabled and able bodied sports people, from World Champions to up and coming new talent. More information on the company and the athletes represented can be found at www.17management.com
You can follow Richard on Twitter @winged_foot

Photographs courtesy of Peter Milsom
Posted by Unknown at 20:46