With Yui and I looking to win our sixth consecutive Grand Slam doubles title, it's fair to say that the French Open at Roland Garros didn't quite go to plan....

Having won our Semi Final in straight sets, we came up against second seeds Jiske Griffioen and Aniek Van Koot, who we know well, having beaten the Dutch girls in the last four Grand slam finals.

Although we fought hard, we lost the final match 6-7, 6-3, 10-8. Of course we were gutted to lose, particularly as neither of us played as well as we could have done, it was just one of those days where both Yui and I were off our game. 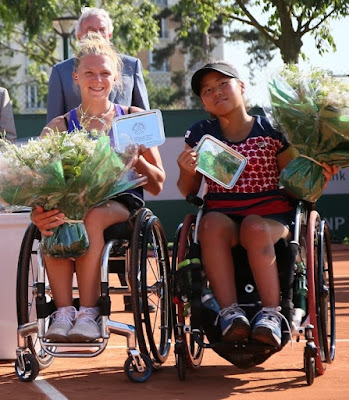 In the singles, I played against World No 2 Jiske Griffioen, I was pleased with the way I played but Jiske just had the edge over me. Being so close has given me great confidence in my singles game for the rest of the season, knowing some of the things I've really been working on are paying off. 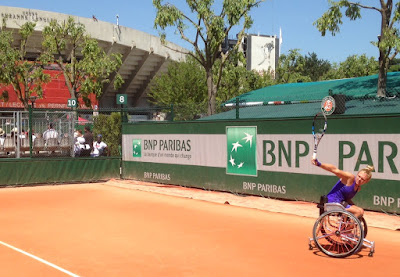