World Taekwondo Champion Bianca Walkden has signed to be represented by 17 Sports Management.

Bianca became Heavyweight Champion of the World in May, becoming only the second Briton ever to win gold at the World Taekwondo Championships. 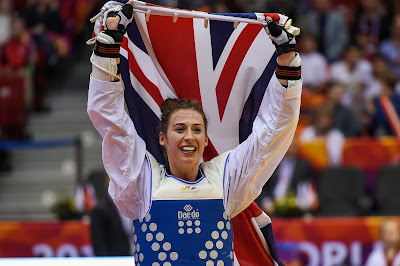 The 23-year-old Liverpudlian secured the title in the +73kg category with victory over France's Gwladys Epangue, 31, in Chelyabinsk, Russia. Last year, Bianca won +73kg gold in the European Championships in Baku but this is her first medal at world level.

"I'm the new heavyweight champion of the world and honestly, I'm so happy," she said. "It's unbelievable." New world champion Bianca has overcome two serious knee injuries in the last four years.

"To have had my knee troubles and to come back like this, it is such an emotional win," she said. "It just shows it's all about your head and your heart as well."

Welcome to Team 17 Bianca, we look forward to working with you and sharing in your journey.