Barring some unmitigated disaster, Tom Bosworth will be on the plane to Rio next year, but he wants to go to the Olympic Games in the best shape possible. At the moment, that isn't going to happen.

The 25-year-old is Britain's best race walker in a generation and is closing in on the national 20k record. The Kent ace, a qualified masseur, is heading to the World Championships in Beijing next month and already has the qualifying time for next summer's Olympic Games. But how competitive he is in Brazil next year depends on sponsorship. 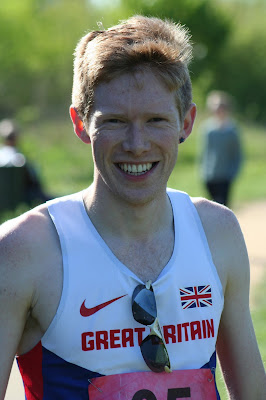 "I'm still not on funding," Bosworth said. "That's not decided until later this year and might come through for 2016. It's a waiting game. It's really frustrating because the quicker I've got, the better I've got, the higher up the world rankings I've got, the less financial support I've got.

"It's general funding. I think, when London was coming around, there was a lot of support. With Olympic fever next year, hopefully that'll bring companies in as attention comes back on athletics and my event.

"At the moment I'm not doing other work, bar the massage stuff. That's good money and flexible hours as well. "I can't rely on it. I'm away so much with racing and training camps, which take up weeks and even months. "I lose clients like that. Financially, I rely on sponsors. My university, Leeds Beckett, have been great, but I'm not a student anymore. That's another problem."

Bosworth is in the shape of his life and has walked a best time of 82min 33sec this year, just 13 seconds outside his lifetime best, set in 2014. He wants to go to Rio ready to compete with the best. "I'd love to aim for the top ten," Bosworth said. "Currently, I'm training full-time, but with the way things are for next season, I don't have enough in the bank or coming in from sponsors to confirm I'll be going all the way to Rio without having to find work. "That would be disastrous. It's so close now, I'm in great form and I want to make the most of it. I'm worried, next year, I might not be able to." 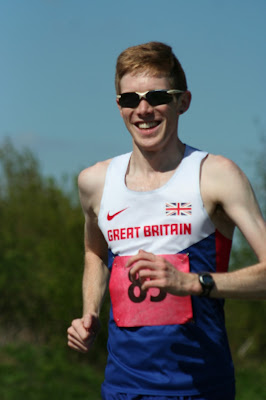 He added: "Rio is still a year away. I've got the qualifying time but I've got plenty more to do before I make that team. It's the World Championships this year. Hopefully I can show what level I'm competing at and then I'll have another 12 months to improve and work on it. "With another full year's training I can be close to the top ten. I was 12th in Europe last year and that's the hotbed of race walking. "At the World Championships I can show where I am at and I'm hoping for the top 20 there.

"Last year was a big step forward and I've backed that up. I'm almost two steps away from a medal. One more step up can see me in the top ten or 12. "Then it's the London World Championships. In another two years I'd love to medal in front of my home crowd. I think I could be in with a shot. You see other endurance athletes. Look at Jo Pavey at her age. I'm 25, I could have another decade competing. I'm still very young for long-distance events."

As Bosworth has improved, the coverage British race walking has received has gone up, with Leeds University, Athletics Weekly and British Athletics all heavily promoting the sport. It is in a healthy state, but Bosworth is asking local businesses to back him and help make him even better.

"A small company offering even a tiny amount of money or publicity is just as important as a big corporation offering thousands," Bosworth said.

To support Tom in his Olympic quest, visit www.tombosworth.com

This story first appeared in the Sevenoaks Chronicle
http://www.sevenoakschronicle.co.uk/need-help-hit-stride-Rio-Games/story-26812329-detail/story.html#ixzz3euRIO3x7
Posted by Unknown at 09:51