British Championships for Rob and Tom

It was a great weekend for #Team17 with two of the team winning British titles!

On Saturday, Team GB paracanoe athlete, and European Champion, Rob Oliver booked his place to Milan in August for the International Canoe Federation World Championships. Rob made sure of his place on the GB team heading to Italy by winning both his races at the British Canoeing National Sprint Championships Regatta held at the National Water Sports Centre, Holme Pierrepont. 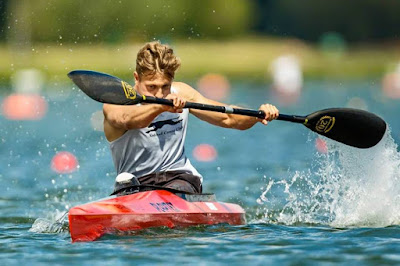 Single leg amputee Rob (27), from Hollywood, is the British No.1 in his 200m kayak sprint category  has only been paddling since 2011, was delighted with his performance at the regatta, saying "Going into the weekend I knew it was going to be difficult as the competition in Britain is always growing, but I knew I’d had a good training block so felt in a great place prior to racing." He added "After winning both selection races and booking my place for the World Championships in Milan I am feeling so confident and in the best physical shape I have ever been, so this will be the best opportunity I have at bringing back some silverware for the country and it would be the proudest moment of my life if I could do it!"

On Sunday it was the turn of Tonbridge AC athlete Tom Bosworth (25) who became British Champion over 5k winning the title in the Championships at the Alexandra Stadium in Birmingham on Sunday. Tom finished the race in 19:00.73 setting a new National record and breaking his personal best by almost 16 seconds. 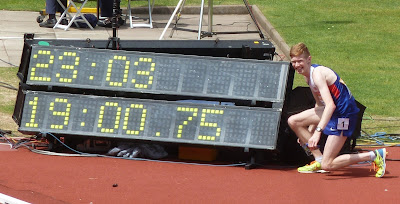 Whilst the majority of the athletes competing were seeking qualification for the World Championships in Beijing next month, the 5k race walk was not a trials event as Tom has already secured selection and will compete over 20k in Beijing.

After treating the crowd to some of his dance moves in celebration at the end of the race, Tom said "I’m over the moon, but also gutted even though I just got a 16-second personal best, as I wanted to dip under 19-minutes. I’m in amazing shape and I’m absolutely buzzing for the World Championships." "I just want to go to Beijing and race really well. If conditions are good I'm hoping for a fast time and a top twenty finish would be the perfect result as I target a top ten place in the Rio Olympics" he added.
Follow Rob and Tom on Twitter @RobertOliverGB   @TomBosworth