“I thought that I did have the speed, so it was going to be a very tight race tonight I knew that,” said the new world champion. “0.02 – you can’t get any closer than that, so I’m really, really happy.” 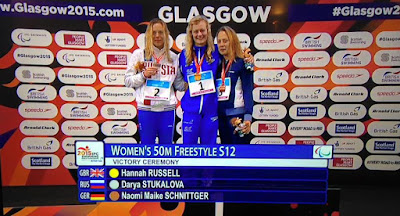 Earlier in the evening Hannah had picked up her second silver medal of the championships, stepping up in the women’s 100m freestyle S13 finishing in 59.26, behind Ukrainian Anna Stetsenko (58.91).

The championships had started with Hannah competing in five events, opening with the 200m IM, on Tuesday where Hannah finished 4th in the final in a new British record time of 2:30.18 behind 2 new world records (S12 and S13) as the race was mixed classification.

On Wednesday Hannah won her heat in her favourite event, the 100m Backstroke but was just out touched in to second place in the final in a time of 1:06.79 for the silver medal, just 0.04 seconds behind the winner, Darya Stukalova.

"I gave it my all on the night, so I have to hand it to Darya - she worked really hard so I can't complain about a silver" said Hannah after the race. 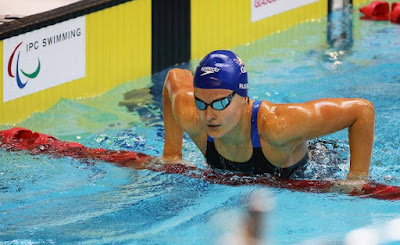 Hannah qualified safely for the final of the mixed classification 400m Freestyle on Friday morning, in a time of 4:47.84. but withdrew from that evenings final as she was feeling slightly unwell.

A day of rest on Saturday, was just what was needed as Hannah bounced back to win silver and gold on Saturday evening, to become world champion!