Double Paralympic gold medallist Hannah Cockroft is in no doubt the legacy of London 2012 is still thriving and hopes to see the British public get behind contenders for the Rio squad when they return to the Olympic Stadium later this month.
Cockcroft was back at the scene of her triumph four years ago on Wednesday, taking to the track in her role as a BT Sport ambassador ahead of National Paralympic Day on July 26, when the Queen Elizabeth Olympic Park plays host to the final leg of the IPC Athletics Grand Prix Series. 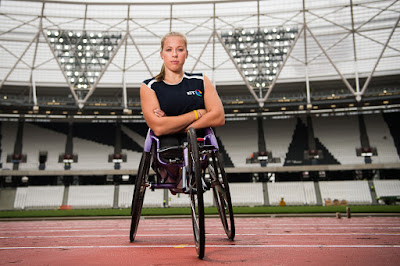 While much has been made of what lasting legacy has actually been left on the nation's youth from events of that amazing summer four years ago, Cockroft firmly believes her sport would have been in a much poorer state without those inspired performances in front of packed venues.

"Being out there made me just want to start racing again," said Cockroft, who will be aiming to win gold at the IPC World Championships in Qatar during October to secure her place on the British squad for Rio 2016.

"It is just an amazing track, and as disabled athletes the majority of events it is just a track, with no stands around and people just sit on a blanket to watch us. So to get the opportunity to go out into a proper stadium which we have filled, it is just so exciting and you want to do it again. It adds motivation to training and competition to put in a performance against a great backdrop. 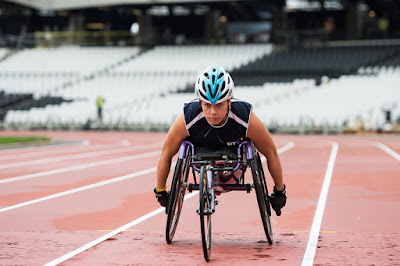 "It would, though, feel disappointing if we roll out (on July 26) and it is like the Anniversary Games last year where there were not that many people in the stands, because it does make you question is the legacy here? And I know it is, because I see it every day.

"For me the biggest example (of the legacy) is about how much wheelchair racing has grown. There are local and national events almost every weekend, we have now every age from about eight to the oldest I have met who is 52, which is amazing.

"When I joined the British team after Beijing in 2008 it had two other girls in wheelchair racing in Britain. Now there are 14 being funded on the squad, around half of which are girls.

"It just shows there is talent hiding everywhere and it just needed that little bit of persuasion that you can try this and you can do this, there is a way for you to do whatever you want." 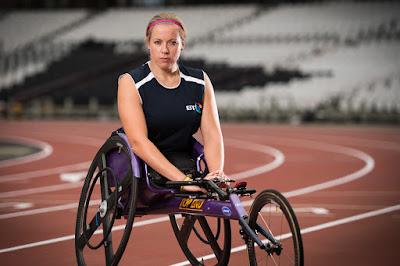 Cockroft, continued: "That is the legacy, and off the back of London you have got girls who are challenging me now and that makes everything bigger and better.

"No-one is sitting at home now thinking 'I want to do sport, but I cant'. There are no more kids left out and reading library books while everyone else is playing sport.

"There are more clubs now willing to try. Not everyone is going to be a Paralympic champion, but as long as you make someone happy it does not matter because everyone is getting a go and they love it."
Follow Hannah on Twitter @HCDream2012
www.hannahcockroft.co.uk
#OlympicPark #NPD2015 #IPCGrandPrix #London2012 #Legacy