Jordanne Whiley and Yui Kamiji had to give everything to claim their second successive Wimbledon title on the day it was announced there will be a singles wheelchair tennis event at The Championships from 2016.

The British-Japanese pair lifted the title after a back and forth match which saw them eventually beat Dutch rivals Jiske Griffioen and Aniek van Koot 6-2, 5-7, 6-3 in the women’s doubles final.

Whiley earned the first service hold of the women’s final to take the top seeds into a 3-2 lead and they used their momentum to take the opening set after winning five games in row. 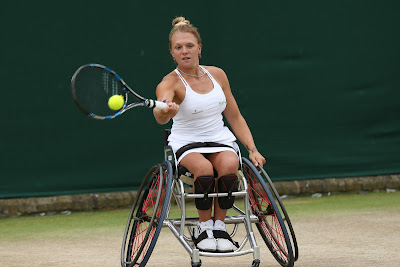 They made it eight games in a row to take a 3-0 second set lead before second seeds Griffioen and van Koot battled back to force the customary decider in games between these four.

A tense final set saw the defending champions earn what turned out to be the vital break as they seized the initiative at 5-3. Whiley then held her nerve superbly to serve out and give herself and Kamiji their sixth Grand Slam title out of the last seven majors after finishing runners-up to Griffioen and van Koot at Roland Garros last month. 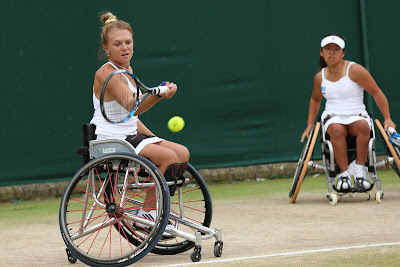 “It’s always difficult to come back and defend your title and today certainly wasn’t easy. Yui and I really started strongly being a set and three love up but we knew that they were going to come back strongly after that and we lost it a little at the start of the third set. But we were able to fight back and the crowd really helped us with that as they always do here at Wimbledon,” said a delighted Whiley.

“I did feel the nerves in the second set and I was feeling a bit sick as we’ve never actually led like that in a final, we’ve always come from behind before. This was one of the best matches we’ve ever played and I’m really proud of both of us for doing so well. It’s so special to play at Wimbledon and share the ground with some of the greats of the game, playing singles here next year will be amazing and someone will get to be Wimbledon singles champion, which will be very special.” 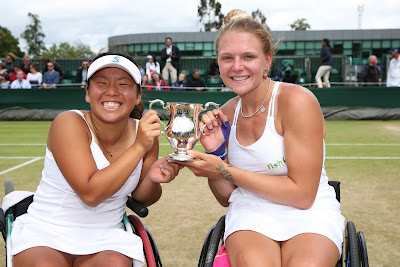